Damsel Distressed by Kelsey Macke is a young adult novel that was released on October 17 along with an accompanying CD, Imogen Unlocked which contains all original music written and performed by Wedding Day Rain, an indy-pop band comprised of Kelsey and her husband Daron.

Kelsey has been singing for many years and met Daron when an earlier hit song that she wrote, After Today, made its way to fame after the September 11, 2001 tragedy. During that time, Daron played guitar and traveled when Kelsey had performances and they later married.

Dana is beyond the moon proud of Kelsey’s accomplishments and proud that her second novel has already been commissioned and that Kelsey received a Gold Moonbeam award for best Young Adult Novel in the General category before Damsel Distressed was released. Kelsey and Daron came up with an amazing new concept to put QR codes within the artwork of the book so young readers can scan and listen to the music as they experience the book! You can find the book and CD on Amazon! Check it out! 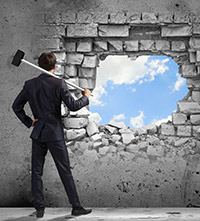